I get the same email every year at this time, just as Christmas is gearing up for its spending season. A Christian – usually a friend or family member – laments about what has become of Christmas and points out all the infractions now levied against this holiest of holidays. 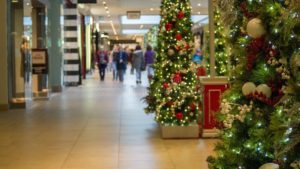 For example, it makes many Christians mad that school children are no longer allowed to sing Christmas carols in public school, or that the school vacation in December is now called Winter Break instead of Christmas Break. Never mind that every parent – regardless of religion – pays an equal share in taxes that support public school, or that many religions, besides Christianity, celebrate a holiday in December.

Justification for celebrating Christmas in public schools is often made by pointing out that the founding fathers were Christians and that America was founded on Christian principles; therefore, Christianity should be the law of the land. Many of the founding fathers were Christian, but they were also very clear about separation of church and state. If any Christian wants to send their kids to school where Christmas – and not the holidays in general – is celebrated, they have the choice of private Christian schools. Non Christian children in public school however, also deserve the choice of not being indoctrinated with all things Christmas.

Another thing that gets many Christians riled up is that many cities now call their Christmas trees “holiday trees.” While I agree that this is ridiculous since no Jew or Muslim looks at a decorated evergreen as anything but a Christmas tree, a more appropriate compromise of taxpayer dollars would be to share the Christmas tree with a Menorah and other religious symbols. But it seems that even that gesture infuriates many Christians. Anything that takes away from Christmas – or involves sharing Christmas with other religious holidays – is a sign that Christmas has been diluted and that Christians are being persecuted.

Apparently, many Christians have been seething about these politically correct changes for years, despite the fact that everywhere you go, there is Christmas: stores are decorated in Christmas-oriented decor, Santa is a popular figure at the malls and often has his own display, Christmas songs and carols are played nonstop on the radio, and holiday shows abound on TV. Imagine being Jewish, for example, and having to drag your kid down the street where Christmas and Santa Claus are in your face on every corner and in every shop window along the way. I’ve had Jewish friends tell me that it is a difficult task, but also an opportunity to teach their children about the beauty and mystery of Hanukkah.

Perhaps the biggest slight for many Christians it seems is the simple wish of “Happy Holidays!” I can’t tell you how many emails I’ve received from fellow Christians promoting the idea that we need to step up, drop the “Happy Holidays,” and say, “Merry Christmas!” to all – regardless of whether or not we offend someone who may not be Christian. One email I received stated that we need to stop worrying about whether or not we are hurting anyone’s feelings, including non Christian children. In other words, it’s time we took our holiday back. This kind of logic goes against the grain of what Christianity is supposed to be about: sensitivity towards others.

Besides, there’s a simple solution here: if you know someone is Christian, then, by all means wish them a very Merry Christmas. But if you aren’t sure what their religion is or what they celebrate, then what is wrong with wishing someone a happy holiday?

This, of course, is an affront to all those Christians who say today Christianity is under attack. I say, if Christians really want to know what it feels like to be truly discriminated against, ask someone who survived a concentration camp,  been judged on the sound of their name, or who has been racially profiled.

As for those Christians who cry foul and claim that Christmas is being watered down, well, common sense should tell them that the sheer dollars involved in gift giving guarantee that Christmas isn’t going to go away anytime soon.

And if they truly believe in what the holiday is about, then Christmas isn’t going away ever.